skip to main | skip to sidebar

What is a Dom?

A Dom is 1st & foremost a caring male. His choice is to be a Dom, he is One who cares for, nurtures, shapes, & molds his submissive into the image He thinks she should become. He sees in her someone who can achieve a much higher, much greater status. He often believes more in her, than she believes in herself. His love for her goes without question. He loves her as much for who she is, as for what she can become with His guidance. she is His prized possession. a Dom's eyes will light up when she comes into a room & take great pride in her successes. After all, He helped to create her. She holds the most tender part of His heart & has greatest power to hurt Him.  This love would not be possible without respect. A Dom needs to feel pride in his girl... to know she can hold her own in the outside world & still submit to Him. He holds the greatest respect for the gift she gives Him & takes great pains to increase it’s value. It is important to Him to know she can be with any man & she chooses to be with Him.

Posted by submissive with the slaves heart at 16:53 1 comments

how to ware leg chains in public (and not get spoted, hopefully)

v1.
you will need leg chains (longer then normal up to the knees when warn and pulled up is good)
elastic+safety pin.

1 put on leg chains as normal
2.tie elastic to center of chain with a good strong knot
3.pull chain tight and some of the strech in the elastic (but not all the strech)
4 using the safety pin, pin the elastic to somthing that is not going to fall down the top or center of bra (back) works well, do not use knickers as they fall down !!!

v2. this takes guts as you can hear them clink as you walk.

Posted by submissive with the slaves heart at 15:32 0 comments

while being a kajira makes one no less a woman, a girl's Master must trust her to allow her freedom....a good Master will not put many restraints on a girl, however trusts her and lets her prove herself and her worth....a true Master knows that no chains or collar truly bind a girl to Him, it is the collar around her heart (her love for Him) that does so. a Master that knows he truly Owns His girl Will allow her freedom to come and go, knowing she will be true and loyal to Him and His rules, and always strive to reflect well upon him and make Him proud

Posted by submissive with the slaves heart at 18:08 0 comments 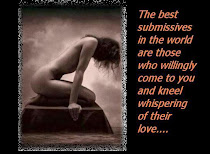 whispering of their love.... 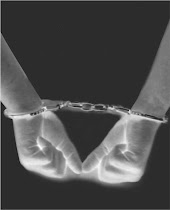 submissive with the slave heart